About letting go of fear and moving out: this was my Artist Residency week 4

Today I ‘ve let go of fear, and I simply painted. Man it felt great! I kept it modest and not worked opaque, but still, I feel that I have finally painted again, phew! 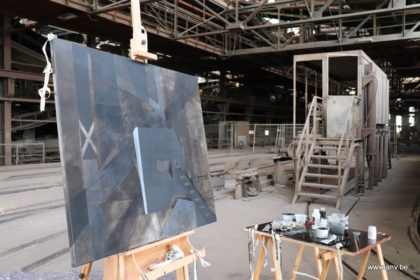 I have worked really well today. My first large painting is “restored”. I had messed it up yesterday, it’s OK now. It is a lot darker now, finally! Almost finished. 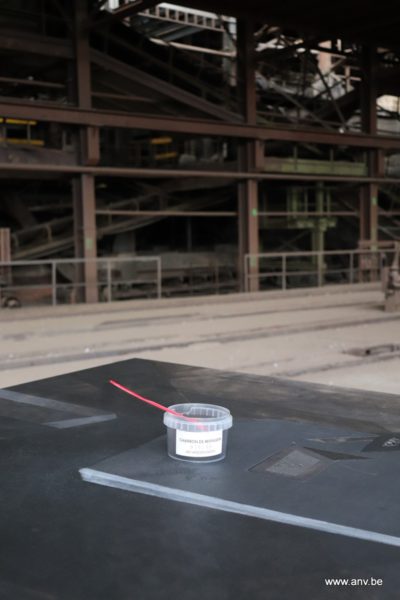 Today I have also (finally) really taken care of the 3 small paintings that I am working on. I hope it is dry enough tomorrow, it looks promising.

The next days, a film crew will be shooting a soap at this location. I promised them to pack my things. I had not really thought about how to move that carpet … :-D :-D
Once at home I still had the feeling that I was eating dust. I’ve put all my clothes directly in the washing machine, and myself in the shower for an hour.

So this is my home for a few days. As I expected, I’m feeling comfortable inside my “paint office”. Look, I even have a nice carpet in here :-D.

The film crew of the Flemish television soap “Familie” is working nearby. To be honest: I never saw even one episode, so I don’t have any clue who the f**ck “NIKO” is, and why somebody is desperately screaming to find him. I do know they had to shoot that particular scene many, many, many times 😜
I looked it up yesterday: it was on view the first week of september. 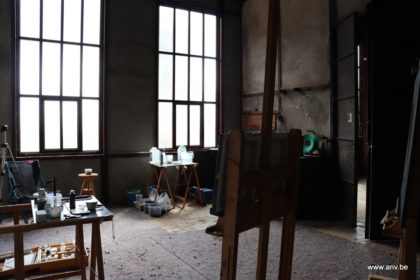 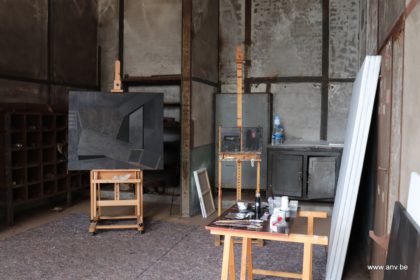 A very nice side-effect of that film crew being here, is that be-MINE removed the fences halfway the unloading floor. The alarm is still on so I can’t go any further then usually, but the view is so much nicer. I’ve already taken lots of pictures today, and I guess I will take some more :). Soooo beautiful.

And have a look how everything changes when the evening light kicks in. I’m so in love with this building 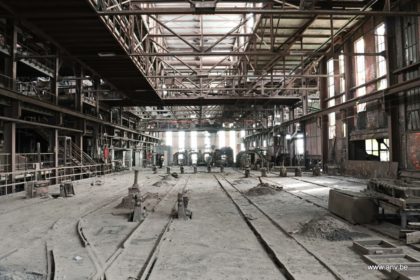 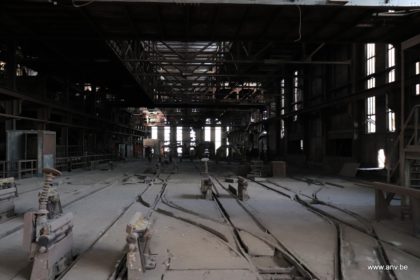 The evening light was also outside very beautiful yesterday :-). I went for a walk on the slagheap after work. 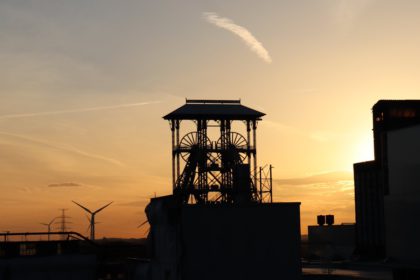 In the end: the relief :). My first big painting is finally finished. Finally! The second is completely different but that was mentally necessary. That one is not finished yet. Also worked on the 3 small paintings. Productive week eventually. 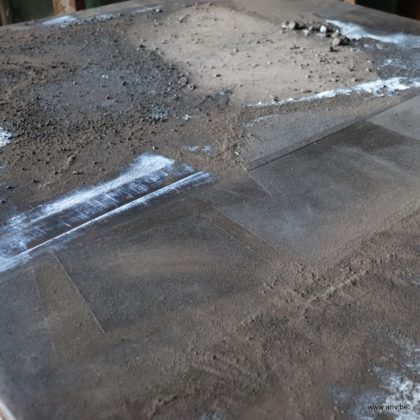