All posts tagged as actua

.. since the last time I wrote something. And this is just a quick note to say I’m still alive. And kicking :-). Lots of new plans, lots of hunger to make new things, but first I have to wrap up the old.
I’m behind schedule regarding my PC work. I didn’t finished my Artist Residency story yet, while even my expo is history. I’ve got lots of pictures and video’s to process, to show you what I’ve been working on.
So that’s my priority at this very moment, updating my portfolio. I also have a lot to tell about my coalpaint, I stopped sharing my story at the moment I started to make large paintings with it. But all I really really want to do… is to paint.
So stay tuned, I will be back soon with an updated portfolio. I hope ;-) 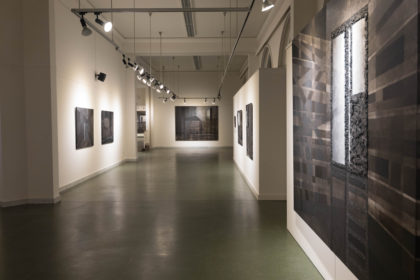 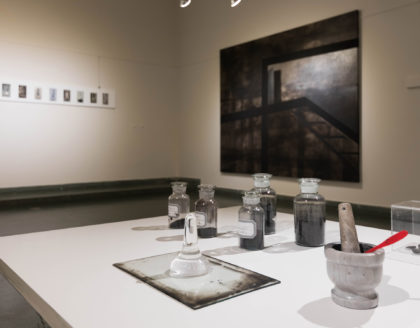 OK, I have to admit, I’ve got it a little bit longer then today :) but it’s only recently in the press (lots of Stuart Semple interviews), and I really didn’t had the time to write.
So it arrived, Black 2.0! Stuart Semple used the feedback he received from artists all over the world to improve his Black 1.0 beta, and came with a better, darker, blacker black.
It’s a pre-mixed bottle this time, and his mail said it’s the most pigmented, flattest, mattest, black acrylic paint in the world.
I did some tests the minute my package arrived: made it from the front door to my studio in 0.5 seconds ;-).

No comprehensive report this time, instead I made a little movie about a black rabbit:

The blackest black, soon in my studio!

Last  year, Anish Kapoor acquired exclusive rights(*) to the “blackest black”, aka Vantablack. Anish who? Great. Forget the man’s name. Vantablack is un-be-lie-vable, it absorbs 99.96% of all light, but he patented it so nobody else except himself can use that black to create art. He patented a colour. What did he made with it so far? A watch. A very, very expensive watch. 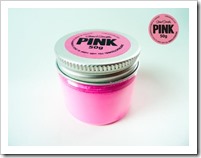 That made the British artist Stuart Semple SO angry, he decided to share the colours he has been developing for himself. He first started to share ‘’The World’s Pinkest Pink”, but in meanwhile he also launched “The World’s yellowest yellow”, the greenest green and the most glittery glitter.
Colours which are also unbelievable, and CAN be used by everybody. Correction: by everybody, except by Anish Kapoor. You can read it everywhere on his web shop: “By adding this product to your cart you confirm that you are not Anish Kapoor, you are in no way affiliated to Anish Kapoor, you are not purchasing this item on behalf of Anish Kapoor or an associate of Anish Kapoor. To the best of your knowledge, information and belief this paint will not make it’s way into the hands of Anish Kapoor.”
So Stuart Semple shares his colours with the whole world, except with that one fucking egoist who doesn’t want to share his black.
Read more →